Andy and me in our do-it-yourself photo 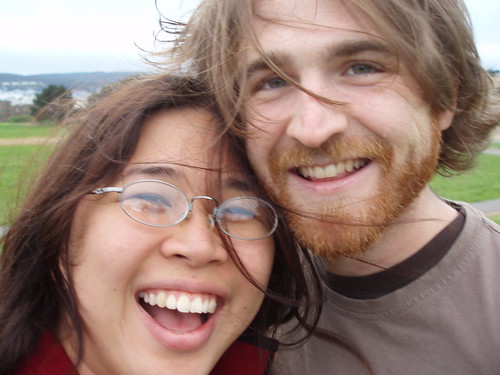 Me, William Hall, his wife and Andy at brunch. William and his wife hosted us at their lovely townhome. 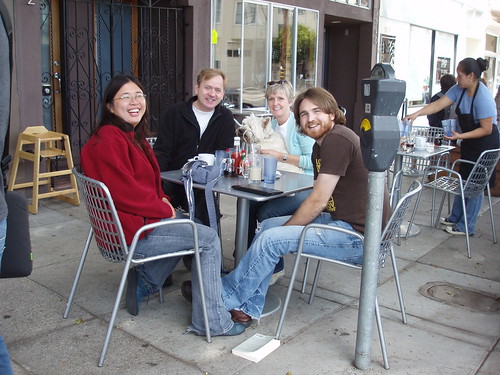 Pooja, Andy, me and Ceasar at the fields by Fort Mason 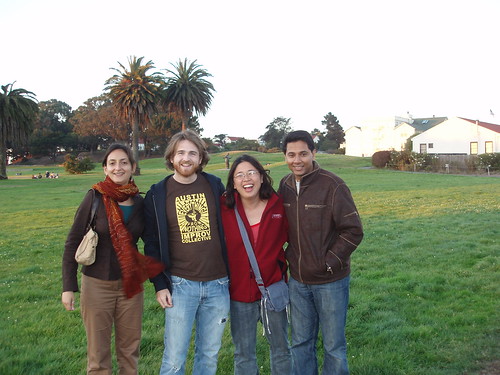 Pooja and me at the Exploratoriam 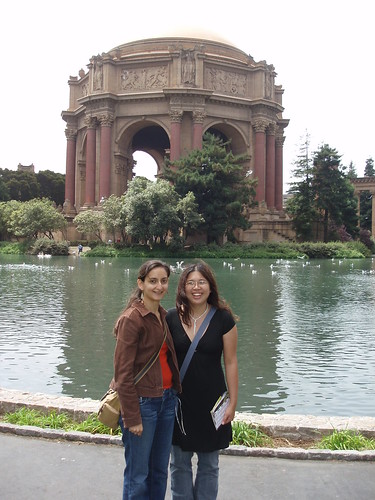 I went to REI for the free classes tonight. The Kayak Rolling was done in a classroom setting, but I will try real rolling (in the water) at the Austin Paddling Club class in October. I think I should be able to handle being upside down in water as long as it doesn't get in my ears.

Light backpacking: as the instructor said... the weight of a backpacking equipment is inversely proportional to its weight on your wallet. Hrmpf. I really don't feel like buying another backpacking tent. The one I have is 6 lbs.. okay for 2 people (could be lighter) but heavy for one person. But I do have a light sleeping bag now (rei clearence). Hrmpf. I guess it's all tradeoffs. What's a couple extra pounds?
Collapse