Despite having the tinest patio garden, I still have the best plants ever! I have to say, winter was not an exciting time for the garden. Things were quiet except for my bellpeppers, and my peach tree became bare and I wondered if it died.

But it's springtime, and I'm so excited to see all the little changes. My dwarf southern flame peach tree is budding! And there's little pink flowers in there.. all potential peaches. Last year I spent months watering it, and was rewarded in the summer with the best sun-warmed peach I've ever tasted. 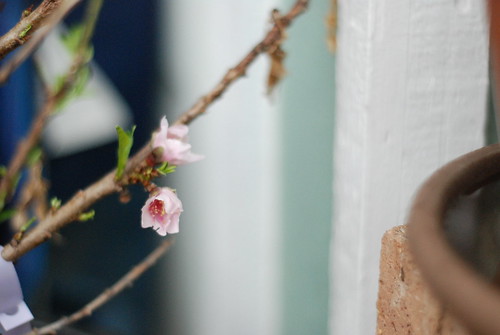 My little lime tree is budding flowers too, I've never tasted that tree since I believe my neighbors harvested it one night for their Dos Equis. I may employ netting procedures this year. 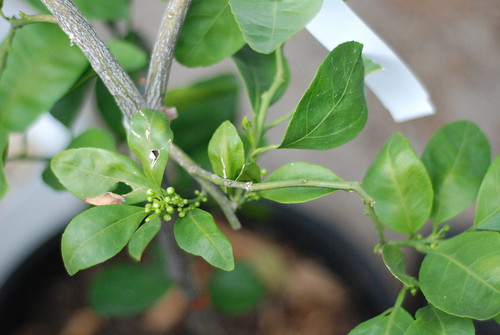 My strawberries survived winter. Hoping it will produce this year. Last year it grew strawberries for months! My bell pepper plant that I rescued from a farmer's trashpile (it is not economical for Texan farmers to grow bell peppers in the summer) also survived the winter, despite people telling me it will die and not produce again. It has been producing all winter, I just plucked 6 bell peppers from it. It's too bad I don't really eat bell peppers, but Andy does.

Rosemary has survived though it was iffy for a while. And my chili pequin plant constantly produces as well (I think it's chili pequin). 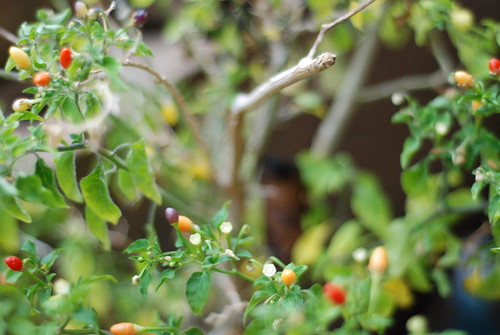 I think gardens should produce stuff that feed you. I only have 3 non edible plants at the moment.
Anyone want a Japanese Peace Lily plant?

What else should I add to my potted patio garden collection?