Phew. Finally have some time to chill out. This weekend is going by way too fast. Yesterday, Andy and I went to see Master's Pancake Robin Hood for date night. We ran into maracuya, icarus and his brother at the show. And as we were walking outside, we ran into reign and his wife. It reminded me why you have to dress nicely all the time, you never know who you may bump into!

The show was funny, but I do love the movie, so maybe it wasn't a good choice for master pancake since they do rag on the movie and actors a lot.

I think I fell asleep pretty early friday night since I was pooped. I woke up on Sat, and went to ballet class, it was a really good class, and my body managed to stick with it the whole way through. Then I stopped by the farmer's market, where I bought the last of the bacon jowel there. Then I hurriedly made 3 batches of cupcakes, which I think came out well. I mostly stuck with the strawberries, this time though I added far more strawberries, and with Andy's idea, I also squished them. So there were sliced and squished strawberries, in moist yellow cake. And icing. Eric and his brother in particular who loved it. Eric's brother said: "This is the best cupcake I've ever had!"

The shower was very chill. When the gifts were opened, they were almost all from anthropologie. It did make me rather covetous for a while there ;-) I love anthropologie!

It's a pretty awesome weekend, except for Andy leaving for Canada tonight for 3 weeks. And he arrives in Houston the day before I fly to Richmond.. so it may be over a month where we don't see each other. Awww. 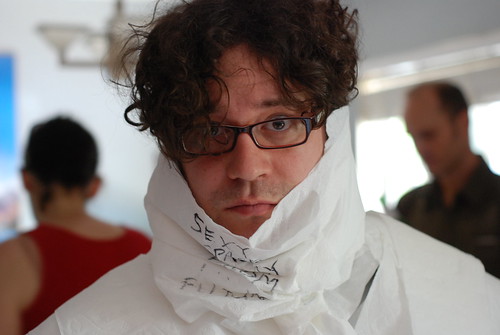 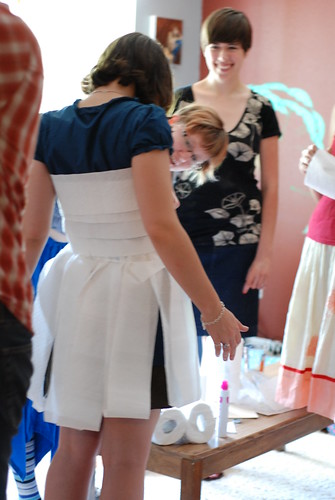