Fri: workout, dave and buster with my teammates, and then dance flick (terrible) and wine with my ballet buds.

Then Saturday. First was the Vintage Pinup shoot which was pretty great. Working with models is an experience, there's some weird power dynamic going on. You literally control their body. And some photographers are much better than others to get the models to do what they want. There were also creepy vibes with some of the male photogs going: "Oh, you're so pretty. Your fingers are so dainty. Such lovely collarbones." Gross.

But I was rushed because I said I was going to help a photographer, Sharon, take pics of a shoestring wedding couple. The vintage shoot ran late, and I mismanaged my time, and no one else showed to help Sharon, so I felt bad and showed up late instead of just bailing. I knew it was too late by then, but I just felt bad for her because no one else showed.  I came literally in time to take pics of the bouquet and garter toss. But it looked like Sharon did just fine.

Then, I had a friend's birthday party, with oysters and lots of good food and: "I would love it if you take pictures!...." with a tacked on, "but only if you want to." My heart wasn't into it, but I did take a few pictures just to play with white balance. Either way, it was half-hearted and I was tired from shooting all day.  I should learn to say, "no, do you mind if I just chill?" And also, I'm usually not inspired to take pictures of strangers in a normal party, unless their hair is on fire or something.

So I got a ride back to the Hideout to wait for Andy to take me home.

Instead, Andy took me to a Tequilla party. Yes. And I had  some good Patron shots.

Today I woke up and broke out in pretty bad hives. So I'm suspecting I've develop an allergy to oysters. It's happened before after eating crabs when I was young but it went away. So I think it comes and goes.

I missed out on Kaci's tea party. But have been mostly recuperating at home.

Here's some teaser vintage pinup shots from one of the models. 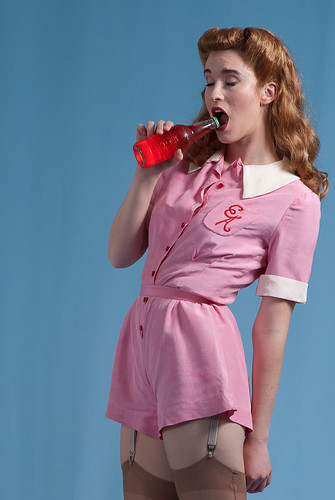 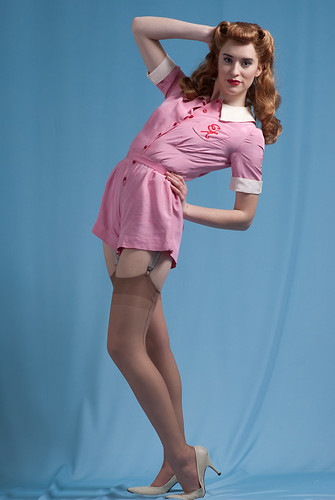 I'm getting more and more vicious in my cuts. One of the model posed for me twice and I only have 1 shot from her that I think was decent. Here is the flickr set. 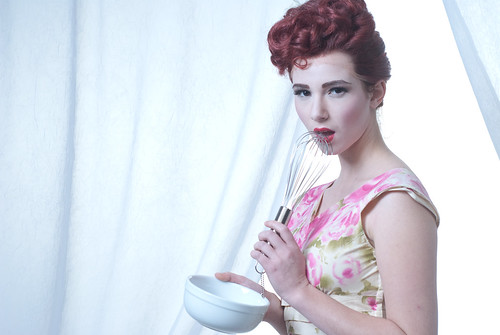