I timed myself yesterday and editted 53 photos in 1 hour. That is still 17 hrs for 900 photos, and was only in lightroom. Add several more hours for photoshop. So after I timed myself I became more ruthless with the rest of the photoos, deleting more, and deciding a picture was good enough. Otherwise it's so easy to go OCD on it.

Earlier during the day, I solved a part of a programming problem. It was someone else's code and I just sat there unraveling it, theorizing the problem and validating my theory. Felt so good. It's the main reason why I love computer science, it's like doing logic puzzles at it's best. At it's worse, you're just copy and pasting and going to meetings.

Anyways, left brain. Right brain. I finished editting the getting ready and ceremony. Which leaves the formals and reception. I posted a sneak peek for the couple. Cos I think you're supposed to do that, or at least it's nice for the couple:

On the financial fast: I'm at about $27 out of a $200. I was supposed to do vino vino with Ms Goose yesterday but she postponed. So I blew $10 on KFC bucket! Now I've chicken for a while. I did spend some time talking to the KFC clerk to figure out what to order, I only wanted 3 chicken, but that's $7, and for $10 you get 10 chicken. So I did that instead.

Not sure what is up with Andy today. First he sent me a video of baby rabbits in cups. Now this: 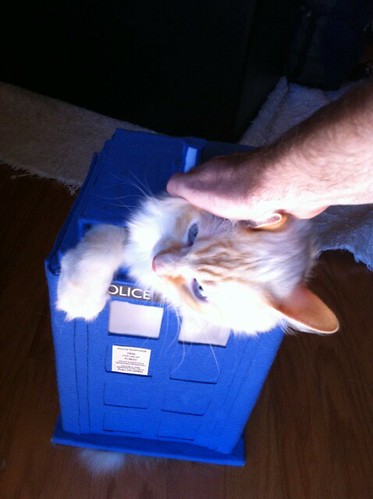