So I had no plans the last few days. Which drove me a little crazy. I browsed bookpeople, anthropology sale.. and finally wondered around the hallways of my apartment moaning: "I'm so bored! Soooooo bored!"
Andy: "Dahling, only boring people get bored."
Me: "Only boring people don't get bored when there's nothing to do."
Me: "I know! I'll bake a cake!"

So I baked a wartime cake which used mayo since butter was apparently scarce then. Really superb chocolate cake from Cook's Illustrated.

Today I kept myself occupied with a blog post on my photo blog, which is one of the couple I found through Austin LJ, and I am really happy with how it turned out. Here's one shot: 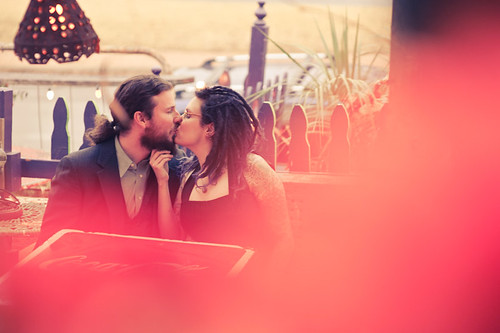 It was a fun shoot to process because I specifically told myself going into that: be more artsy, do more shoot-throughs and different angles.

Really pleased with that shoot because I felt it has more of me in it.

Anyways, then I bought a Holga! A pink plastic camera. They start around 30 bucks.
A Precision Camera lady, Andrea, was super awesome and helped me pick a camera. And then she trained me a bit. I then spent an hour shooting around, and I just dropped it off. They're going to develop just the negatives because there's a chance that everything is burnt or something. Because there may be too many light leaks, or things don't expose. Whaaat?

And everything is shot at 1/100th shutter speed. Anyways, it's so strange. Especially after using a top-of-the-line digital camera. But it was one of the most fun I've had with photography in a while. Not being able to see what I shot. Having to wait till tomorrow! Anticipation!

I might go swing-dancing tonight, and then Same Year's.

In the meantime, I don't have anything to do...