I just refused a wedding for April 30, because I've my musical theatre shows that weekend. I did consider dumping the show for a second, but I decided if I did, it needed to be for a different wedding. It was a phonecall from a mom, who's daughter disliked her engagement session and wanted to dump their current photographer. This is generally a #redflag client. Apparently the shoot was too traditional, and she wanted photo-journalistic.

First, why is the mom calling? Second, why did you hire someone who's style was different from what you want?

Anyways, dance class yesterday was hard but fun. On one hand, I hate being torn away from the computer, but on the other hand, I need to be torn away. They haven't casted yet, so it would be easy to just slip out of the show since there's so many people anyways.

Here's one shot from the trash the dress session. There was a lot of really good shots and I had a hard time culling. But I also had a hard time editting, since I'm still struggling to find a style. 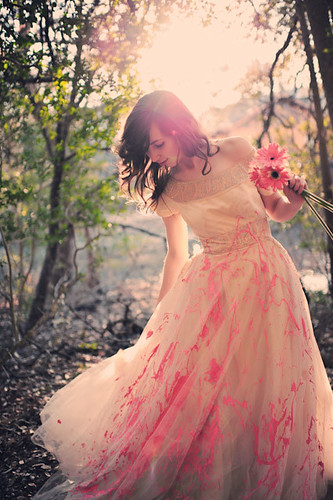