We spent yesterday in the town of Santa Cruz. Had seafood for lunch at Rivas, which is located on the wharf. James and I swam in the water and it was freezing cold, definitely colder then the beaches at Seacliff or Inspiration Point near Irvine. But I guess we are in NorCal now.

I love James so much, he is probably the best human being I have met. I watched him this whole roadtrip and the way he is kind and nice and smart and reads up about political situations and is so full of compassion and consideration. (He is in a happy relationship with his boyfriend so Andy doesn't have to be jealous ;))

I am a very assertive person and James is softer and nicer and yet I think both James and I get our way the same amount of time. He just does it in a way that makes people like him more.

Definitely a lesson there.

We swam then played in the ocean. I made a penis out of sand and James smashed it with his fists because there were children around.

Then we went back to the sequoia retreat center and I drank a bit and I forgot that I can only do 3 shots because I fell asleep.

Life is beautiful in California.

This is Ed and James, my epic roadtrip companions: 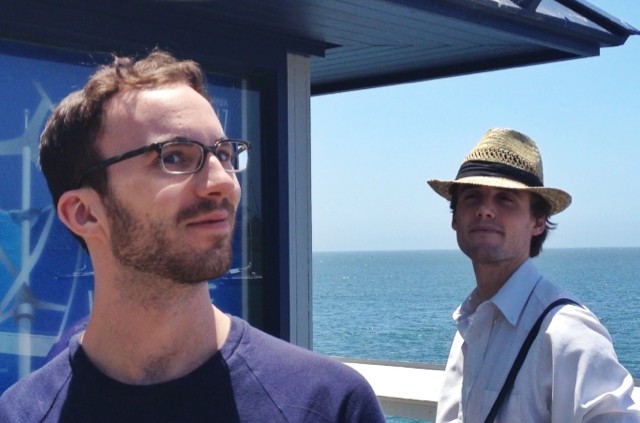