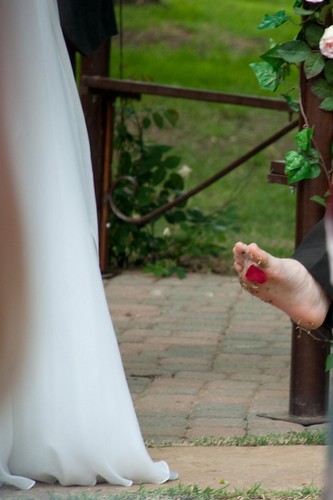 It's 7 am and I'm awake again. Apparently 5 hours jetlag makes me a
morning person!

There's also massive noise from the garbage truck each morning, I read
about it but didn't realize how bad it would be. The Lahaina inn is
our first and cheapest lodging here. It's right in the heart of the
touristiest part of Maui though.

So yesterday morning we drove to Malanea (sp) and then got on the
katamari boat (def misspelling this) which is a motor/sailboat for 30
people and we were supposed to go to famed Molokini crater but the
weather was too choppy. So instead we went to Olawulau (sp) which was
still pretty awesome. I snorkeled for the first time and loved it!!! I
took a lot of pics with my underwater camera! Andy had some problems
with the masks because I think his moustache and beard didn't allow
for airtightness and the water would get in.

I saw hawaiian green turtles and also tiny specks of flourescent
things that looked like nannites. I was wondering what they were and
later found out that they have stingers and sting you! Stupid nannites.

Before that we saw a family of whales: mom, calf and an escort male.
They have an 11.5 months gestation period! But they give birth to a
giant baby.

A dolphin was frolicking with them. I love love dolphins.

On the way back we saw old rusted car wrecks on the bottom of cliffs.
Scary and strange.

Andy and I then showered, and I went shopping. We also wrote some
"thank you" postcards to the folks that contributed to Lahaina inn in
our honeymoon registry, with the Lahaina inn postcards. Can't forget
our generous friends who made all this happen!

Then we went to the Old Lahaina Luau, where we ate lots and lots of
food, saw much hula-ing and made friends with the couples at our
table. Maui is definitely a couples place btw. There were 4 couples
per table and 2 of them just happened to consist of a person who wants
to move to Austin and is trying to convince the other. So we
definitely tried to convince them! It's so nice to come from a place
where people respond so enthusiastically to.

We also made friends with the Coptic Egyptian couple. The guy
researches viruses that kill cancer. How cool is that.

On our way back we walked into a cool vintage poster store and saw
Andy Warhols, Picassos and Chagals for sale.

Here is one of my fav guest picture so far, from pboyd04. I'm excited
to see them in a real computer next week instead of tiny screen. It's
during the egg ceremony (which my geek friends googled during the
wedding to see if I was making it up :))