We woke up early and went out at 8 am to sea kayak in Kawela Bay. It's a calm refuge from the big waves in the sea so the sea turtles hang out there. We got to see 2 turtles, one got really close to me. They're gorgeous, one of my totem animals!

And then after that we hiked a bit, we saw a WWII bunker and the biggest banyan tree we've ever seen. It was gigantic and spanned like a building. It's called the Lost Banyan tree which I thought was because it was lost... but it's because it was in the Lost series a lot. It was the home of the smoke monster, and also the lightning tree for Hunger Games 2.

Our resort, Turtle Bay, is where forgetting Sarah Marshall was shot. It is the fanciest place we're staying in.

We found a thai food truck and I had some spicy curry fried rice, it was good. And then we parked by the Pipeline, which is a section of a beach where elite surfers surf. It was crazy waves, and watching them was pretty interesting.

Then we got back to the hotel where we hung out by the lobby which had live music, and then we moved on to the beach to watch the gorgeous sunset. It was pretty rainy so we weren't sure it was going to be a good sunset, but it was! 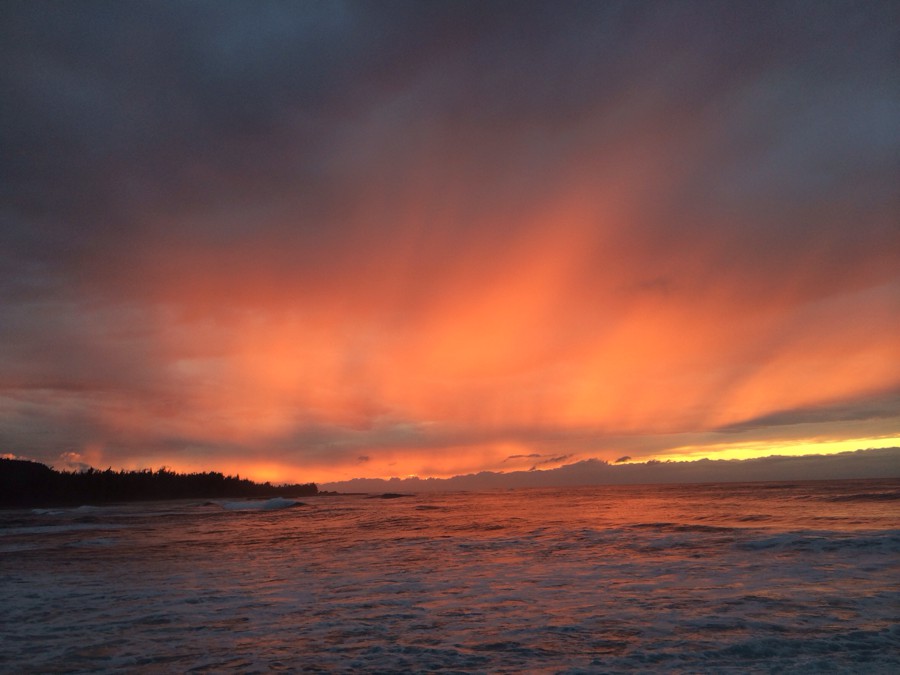